- Replaced old fan with new 3-speed fan
- Washed and dried Jorden Drogue; after drying layered it into a box

- Cables crimped and connected to the third house bank battery

- Cables crimped and connected to the third house bank battery

- Crimped and connected first cables for the power supply components

- Removed temporary wood board at the window. Cleaned and removed old sealing

- Demounted starter battery and belonging frame. Cleared out the area. Built support for area, so two of the new batteries for the house bank can be placed there

De-mounted old house battery and battery tray. Used this battery tray for one of the new batteries in the main berth, under bed. Adapted tray and additionally had to build tray support, so the tray is leveled.


My rice-in-a-beer-bottle experiment. I was looking for a good way to have small portions of rice, pasta, flour, etc stored.
The experiment is showing if there is no moisture or water coming into the bottle then it will surely be safe in a cabinet.
Steps of the experiment:
Take an empty aluminum beer bottle, wash it out, fill it with rice, dump the bottle into seawater and let it sit for a few days.
The experiment was successful 👍🏼 and no moisture was to be found inside of the bottle.
The last picture does show the way I will store the bottles in a cabinet or locker on the boat.
The main outcome of this experiment is that we now have a legitimate reason to drink more beer ... 🍺

- Pulled out, layered out, measured, assigned, marked, documented and feeded back the anchor chain and rode

- Installed at the Nav table

- Completion of the NMEA 2000 network

A huge milestone for us is achieved !
We completed the NMEA 2000 network and started up the Chartplotter with all marine sensors (GPS, Radar, Depth Sounder, Speed, Temperature, Wind Sensor, Compass).
The beginning of our journey is getting closer.

- made cutout-template for the Philippi panel

- Picked up sewing stuff and tabletop at Dani

- noticed that the second delivered AutoProp Nut is wrong again

- Propane bottle connected with a level-control to the solenoid valve. Stove start-up. 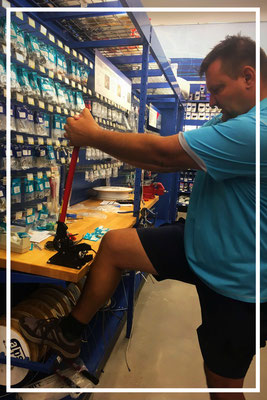 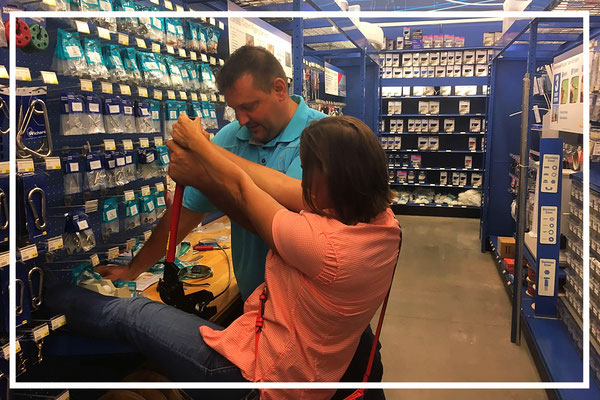 
- Cutting the cutout for the fridge
- Refrigerator dry fitting

- Brought the refrigerator onto boat