- Ground down the protruding screws in the icebox

- Painting icebox inside with bildge paint

- Session IV: cutting the old freezer and cut out the remaining insulation

- Board electric and power supply evaluation

- Session III: cutting the old freezer and cut out the insulation

Q means Quarantine. You have to raise it as soon as you approach a port, so that the authorities know you are new to the port of entry and request visit and inspection. Quarantine ... all on board healthy.

- Session II: cutting the old refrigerator and cut out the insulation

- Cutting of the old refrigerator and freezer. Old parts (like cooling plates) demounted. Started to cut out the old insulation.

- Delivery of the new anchor. A 55lb/25kg Delta by Lewmar

- Measuring  of the shrouds

- Barbs removed out of seacocks

. Start mounting of Salon Cabinets on the starboard-side

- Put on cover for hatches

When boats have an issue with their grounding, it happens that the boat with the grounding issue uses its neighbor boat or boats for ground. This leads to that boat causing galvanic corrosion to take place on the neighbors boats. By testing the shore power to water and shore power to boat, we found out that our neighbors have minor leakage and that we have a little bit more. We are the "leakers". The bad boys, the corroders..... We found the faulty ground wire and are now the shining kids on the block. 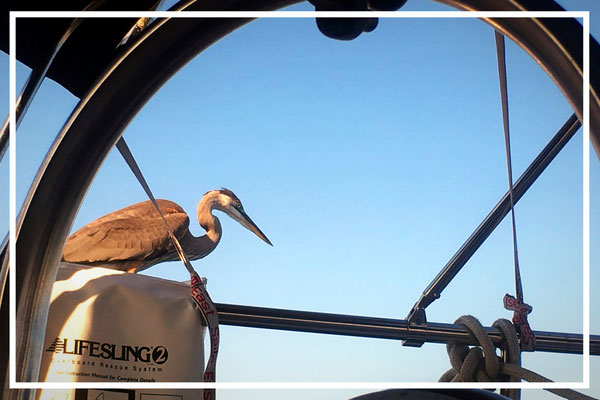 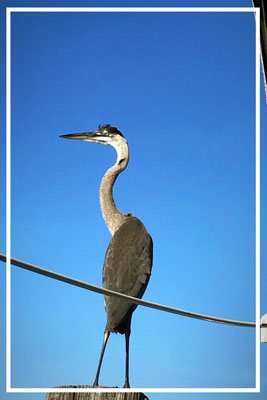 - Fairleads for the foresail furling line mounted on portside

- Preparations before watering the boat

- Coppercoat of not coated spots

- Work on mast and propeller

- Preparations for watering the True Grit

- Installation of the solar panels

- Fiberglass repair of the rudder

- Sealing of the mast deck-collar

- Drilling holes into the hull

- Stabilization of the wind generator

- Purchase of a generator

- Working on the mast (Sebrings) 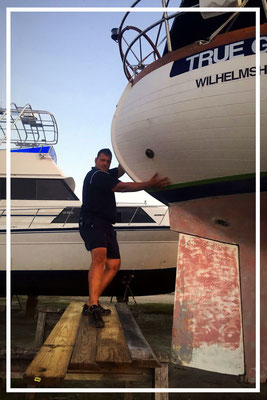 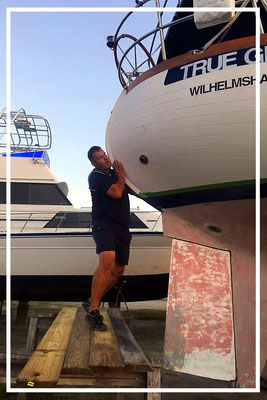 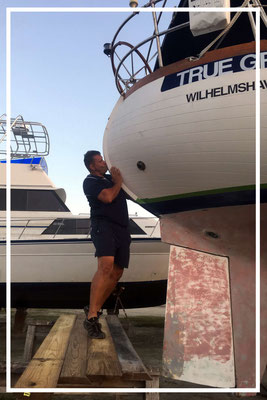 - Fight with the wind - neighborhood assistance